5G – We know that 5G promises much speedier data, but it doesn’t just mean more YouTube videos. Towards the end of 2018, people living in South Korea were able to download an entire album on their phone within seconds. All thanks to 5G which promises to change music as we know it. 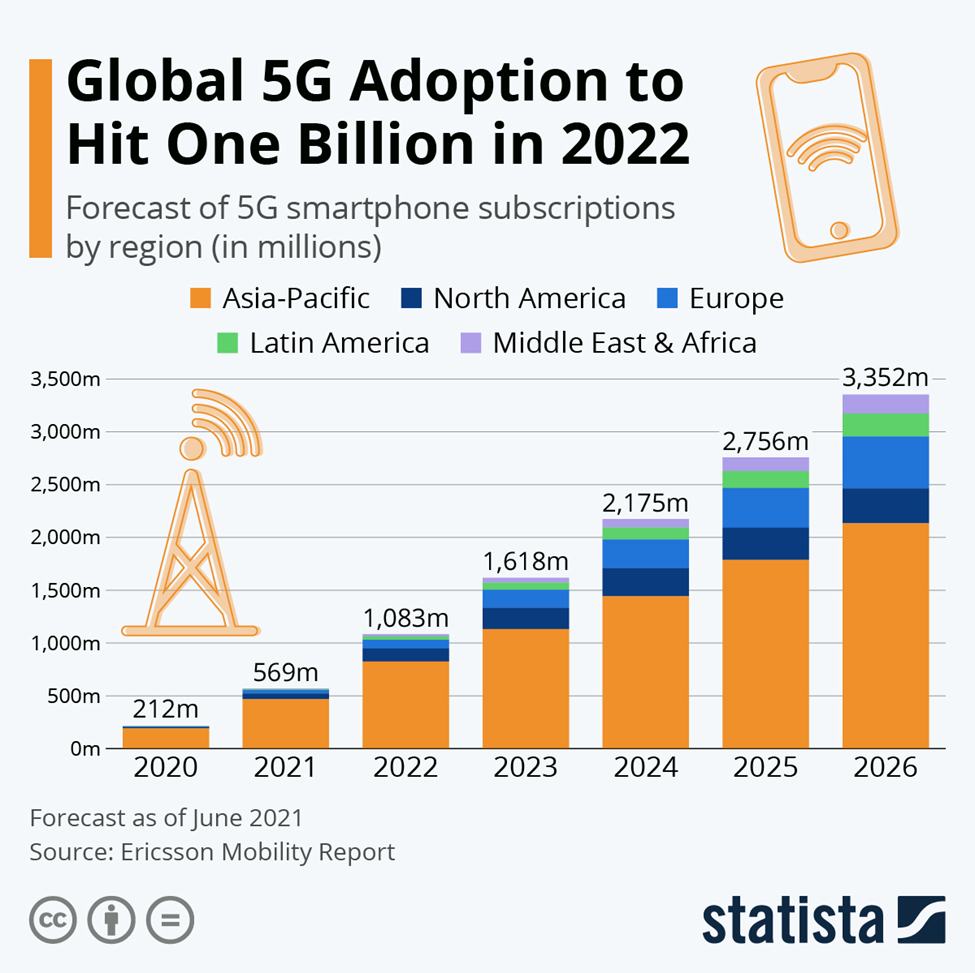 5G’s new technology will allow for video game levels of responsiveness in music production, while also allowing users unprecedented access to virtually any song they could wish for with one tap of a screen. The possibilities are endless! So what does this mean for the future of music? How will this change things?

The Future of Music: Modern, accessible and free

You no longer have to pay for an album. You can listen to every song you want on demand, whenever you want, wherever you are. This is all thanks to 5G’s technology. It will allow users to download albums instantly and stream songs with ease. Why? Because it’s fast and the data is essentially unlimited! Think of all the music streaming apps you currently use — Spotify, Apple Music, Pandora — they would be inconceivable without 5G speed.

Now, some people might argue that the days of owning an album are long gone and there’s no need to revive that trend for the sake of nostalgia. In fact, many music experts agree that streaming is the future of music. But does 5G mean the death of downloading albums? Of physical copies? Definitely not. It just means that new technology makes accessing music quicker and easier than ever before!

While 5G technology will definitely help with better streaming, the fact remains that not a lot of physical locations will have access to it immediately. The rollout will take a long time and till then, people will keep suffering from the ill-effects of irregular net connectivity. Till then, the best alternative that individuals have is to still turn to platforms like Pirate Bay and download music to play in an offline setting.

Getting creative with interactive performances

5G speeds would allow for real-time collaboration on a whole new level – one which could completely change how we approach live performances. This would be possible thanks to 5G’s low latency. Live performances definitely wouldn’t be the same. It would allow for interactive experiences that make the already unique experience of a live show even more of an unforgettable night. For example, audience members could use their phone or tablet to instantly select which song they want performed next, making each performance different and unique, while still allowing the artist to have some control over their performance by giving them a say in what song is next. This is just one way that 5G could impact live performances and it’s incredibly exciting!

The Future of Music:  An even more immersive musical experience.

5G’s low latency would allow for developers to build services which could enhance the musical experience in new and exciting ways. Thanks to data compression, we can expect that the quality of audio and video streaming will be noticeably better than it is now, especially on mobile devices where bandwidth is limited. 5G would also make it easier to get live, personalized feedback from artists and educators.

This would enhance the way we learn music in an entirely new way and allow us to have more meaningful interactions with our favorite stars. 5G means a new level of musical experience — one which could change the way we use our devices forever. Imagine a world where you can download and stream millions of songs in seconds where you can share your creative, interactive music video with the world where you can watch an immersive live concert as if you were right there. It’s all possible thanks to 5G.

Review 5G Could Change Music As We Know It And Here’s How. Cancel reply

Seven-Email Lead Generation Techniques To Boost Your Customer Base

Why Your Company Should Consider These 5 Forms of Advertising